So Easy a Hulk Can Do It 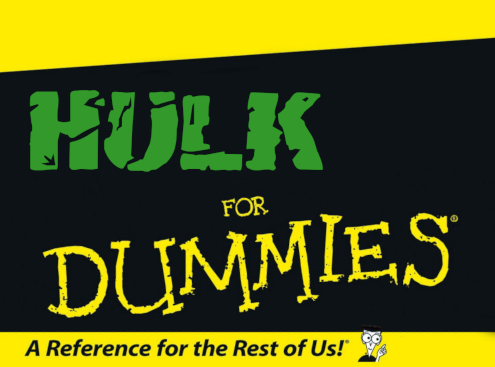 Hey everyone, and welcome to my HULK Talk. This deck is crafted entirely about ensuring the big guy just smashes as much as he can. With this deck, Hulk is only here to do as much damage as he can by smashing the villain and smashing anything that gets in his way. It is your job to completely destroy the villain while everyone else complains about not being able to set up fast enough. If you just want to smash, this is the deck for you, and you can easily hit well over 10 damage on most turns, and peaking at over 20. You are a freight train of monumental proportions, you are the asteroid that killed the dinosaurs, and you are stopped by nothing.

It's absolutely not meant for solo play but can perform well as part of a group even on the hardest difficulties. It also boasts a low difficulty floor, but actually the ceiling is quite high for complexity and allows for some meaningful decisions for people who want a deck that doesn't just pilot itself. As such, it is a perfect teaching deck to help introduce the game to someone or allow them to learn about the subtle complexities of the game.

Another thing that's quite interesting about this deck is how the decisions work more on a priority system rather than simply reacting to the encounter deck. Included are cards that help with resource smoothing and others that aid with efficiency. All of this culminates together for a deck that ensures you always have something to play and you can play everything you have. With experience, it eventually runs quite smoothly, and you will never again ask for another Avengers Mansion.

This deck crams as much as it possibly can, with just over 80% of the deck. There are many cards that take advantage of it, but lets be real, the main reason is for Hulk Smash because being caught behind a Guard minion with a Smash in hand and not enough physical resources make Hulk sad, and you don't want to make Hulk sad.

Generally, try to play the following cards in this order. If you draw a Hulk Smash and a Combat Training in the same hand? There's another Combat Training to help you out. Drawing 2 Hulk Smashes? The deck is actually designed around letting you eventually set up and be able to play 2 in the same turn, which is a glorious feeling.

If you're going to play Drop Kick or Unstoppable Force, play these before you do anything (but make sure that you are exhausted first before using the latter). The reason for this is that if you end up drawing Hulk Smash or Skilled Strike, you want to have your basic attack action available to play them. If you ever end your turn with Hulk Smash in hand and no way to play it, swap to Banner so that you can keep it.

Immovable Object is mainly for the retaliate but can also help keep you as Hulk for a bit longer. Down Time is a great way to increase your healing throughput so you don't have to spend so much time as Banner if you need to swap to heal. Banner's Laboratory also helps in this, but it's a bit more expensive: although it does generate resources, you will often not have much to spend it on, but there are a few good targets, like Combat Training, Jarnbjorn, Enhanced Physique, Resourceful, and Immovable Object.

One final note on Boundless Rage. It's not that great actually. If you find it early, awesome, but as soon as you draw your obligation or need to swap over to heal, you have to get rid of it. What's more, Banner's Lab can't even help you pay for it since you can only play it yourself as a hero. That said, it really helps squeeze out more mileage from Crushing Blow and Unstoppable Force.

When I first started playing this deck, my initial plan was to have a bunch of 1- and 3-cost cards, and the entire goal was either playing two 1-cost cards or one 3-cost card. Enter: Drop Kick. Nothing, and I mean nothing feels worse than playing Drop Kick, stunning the villain, and drawing Hulk Smash. Unstoppable Force had a somewhat similar problem, and the solution presented itself in some of the least-used cards for broader play, but I promise you: they put in some extra work in this deck.

First up is Enhanced Physique which helps so much for resource smoothing. Almost any hand with EP and a 1-cost card is easy: play EP and use it to play the last card, whether it be Boundless Rage, Down Time, or Jarnbjorn. Even better if you have a hand with Get Over Here! or Skilled Strike, having a full Enhanced Physique and an extra bit of damage as well.

Even Resourceful is worth playing here. I know what you're probably thinking: 'but this card sucks?!?!' Yeah, for a lot of heroes, it's not super great, and using a counter on Enhanced Physique to play Resourceful is really inefficient, but next turn? You have 2 extra resources you can use. That's a massive increase in the amount of resources you have for that turn, usually doubling or tripling what you actually spend. Another thing to point out about Resourceful is: it's only ever a which can be used to fuel one of the many kickers you have or for squeezing out one more damage with Valkyrie. It's perfectly fine to use it as a resource from hand, and in a lot of cases it should be used that way. It's a really versatile card.

Despite its ubiquitousness among other heroes, Helicarrier actually is lowest in the priority of these. Don't mistake it though, it is very good, but typically your first turn playing it will be spending your entire hand to play it and giving the discount to another player. This is actually why Quincarrier didn't make the cut because you can only use the resource for yourself. Helicarrier won't always be useful for you, but you can at least throw a discount to your friends.

You will notice a lack of Genius and Energy, and this is quite intentional. In fact, Strength itself often gets overused, and Limitless Strength on occasion. It's much more important that you run more physical than simply having extra resources sometimes. There are very few 2-cost cards where these would be worth it.

A major tenet of this deck is having cards that can pull double duty or allow other cards to have multiple uses. We've already looked at Enhanced Physique and Resourceful, both of which can be used as a resource from hand or played into your play area. Here are some others:

Jarnbjorn is one of the best efficiency tools for this deck, allowing you squeeze out almost everything you can from excess you have in your hand, often allowing your Helicarrier or that extra card from Drop Kick to be 2 extra damage. What's more, you can choose where the damage goes to help ping away minions or apply more pressure on the villain.

Skilled Strike works the same way, as yet another resource from hand or 2 extra damage when you make a basic attack. With Jarnbjorn, it can be used with any attack, even events.

Lockjaw will not see a lot of play, but every once in a while, you'll draw a hand of Limitless Strength, Strength, Enhanced Physique, and a second Combat Training. Lockjaw is a good boi doggo who's ready to help in just such a scenario to allow you to get the most out of your hand and not let it all go to waste.

Get Over Here! at first doesn't seem like a great inclusion. In fact, it's not very synergistic with the deck, being an resource, so it's really worth that +1 damage with Valkyrie, but Hulk has a massive weakness to Stun and the Villain having Tough. This can take care of either of those with a single card. Some encounters have more of a focus on exhaustion rather than Stun or Tough. In these encounters, it's fine to use Tenacity instead, as blasphemous as it sounds. Spending 2 resources and a card now so you can spend one extra physical later so you can ensure you get your Hulk Smash to connect is definitely worth it.

Also it's worthy of mentioning that there is no Earth's Mightiest Heroes, which helps with exhaustion and Stun. Unfortunately, there aren't a lot of good Avengers allies to choose from, some being expensive like Sentry and She-hulk, but there is a possibility of using Spider-Girl, Tigra, She-Hulk, and Sentry.

I hope you enjoy playing this deck as much as I have in sculpting it. I'd also like to give a shout-out to Steven from Team Covenant with his Thor - We Were Swingin' deck that utilises a lot of the same principles here and was one of the many inspirations for this deck.

My goal was to construct something that was easy to learn and difficult to master. Ultimately, I believe there is no real wrong way to play this deck as long as you are focused on doing as much damage as you possibly can. In fact, I challenge all of you to try to see how much damage you can push out in a single turn: my current record is 25.

Just remember these rules, and you'll do great: