Let's Go to the Mall (Today)

You've heard it all before:

'there aren't even any attack or thwart events'

'all of her own events suck'

Well I'm here to tell you: Leadership Ms. Marvel is not only optimal: it's viable. Galaxy's Most Wanted brought one very important card for Ms. Marvel: Deft Focus, but maybe the best cards were inside us all along.

Here's how the deck works: GO SHOPPING, draw cards, use your allies to attack for CRAPLOADS of damage, and then do it all over again. Also punch with Big Hands for FREEEE* every turn. And then win. 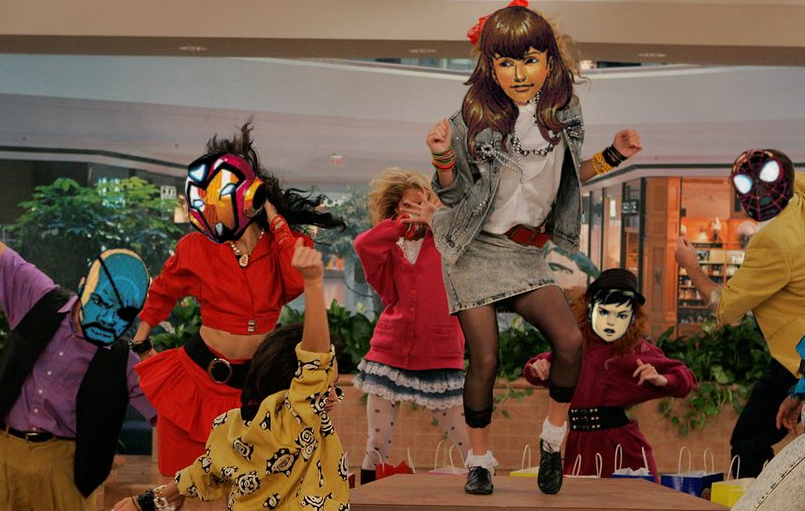 Deft Focus is a card. It allows you to play superpower cards at a reduced cost. It's generally considered an extremely efficient card for the likes of Groot, Spider-Woman, and Quicksilver, but now, Ms. Marvel. And although Kamala only has 5 corresponding cards: Shrink, Embiggen!, and Big Hands, it can help set up if drawn early, and it can pay for Big Hands along with Biokinetic Polymer Suit. Using Morphogenetics, Kamala can punch for 6 every turn with a single card from hand. What's more, Bruno Carrelli can stash it away or give it back every turn, effectively making it completely free every other turn. The true beauty of this is how little cost there is to setup, and most of those cards actually being Ms. Marvel's own. So really she could have been doing this all along anyway, but people really wanted to make All for One really work in Leadership Ms. Marvel or something.

You have three main types of allies for this deck: burst, draw, and just regular good stuff allies. Good stuff allies include Hawkeye and Squirrel Girl, also Red Dagger. They're just good allies whenever. Feel free to replace them for something else if you feel you don't need them for this particular scenario (except for Red Dagger of course).

Card draw allies include, well, allies that draw you cards. Ironheart, Maria Hill, Nick Fury will all accelerate your deck, increase your board stability and then die immediately to a villain attack. Play them liberally and please don't ever replace them. They are too precious and must be protected at all costs. Although not an ally, Avengers Mansion is included over Helicarrier for two reasons: card draw, and the latter doesn't work with Make the Call (more on that later).

There are two burst allies, both working well for some massive burst damage combos: Goliath and Spider-Man. Let's break it down. With Team Training, you can play them along with three Get Readies in a single turn for 20 damage (Goliath) or 16 damage (Spider-Man). Alternatively, Spider-Man can burst thwart for 12 (or some combination). 8 cards for 20 damage or 7 cards for 16 is quite the value. You can increase it a bit more with Last Stand, increasing the total damage by 3 with one additional cost each. Simply same them for the final attack where they would have died anyway (and you can play more than one at a time).

It might not seem that this combo can be very reliable, but there are two things to consider. One, you don't need to have absolutely this full combo every single turn to push your board state forward toward winning. And two, Bruno Carrelli is just the best at assembling combo pieces. Stash any of the above pieces on him until you're ready, or a Make the Call so you can grab the right ally. Bruno is typically the most often overlooked persona, but he does so much work to increase consistency.

Team Spirit and Make the Call also help consistency. As you dig through your deck, you'll pitch some of your strongest allies into the discard, so three copies of Make the Call are included. Simply Teen Spirit to your heart's content, building up a large catalogue of options, and go shopping.

The Power of Leadership and The Power in All of Us are included, and I know what people are going to say. 'There aren't enough cards in your deck! Only 4 Leadership and 4 basic cards even cost 2 or more???' Well, yes, that's all true, but many of your allies will end up in the discard, and Make the Call lets you buy whatever you need. Remember that The Power of Leadership still generates for Leadership allies and The Power in All of Us does the same for your basics even if you use Make the Call to pay for them. Plus, like everything, you can stash away cards on Bruno for when you need them (either Make the Call, Power of cards, or even allies; seriously, everyone should start using Bruno more. He's great).

Some other cards to consider are The Triskelion, Strength In Numbers, Rapid Response, and various allies. Triskelion helps round out your numbers for bigger turns with Strength In Numbers, but I think you really want to focus on using your allies with their increased health pools from Team Training, but drawing more cards is always good. You can also include Stinger (can only put her into play with Make the Call, which you're doing anyway), and she can further increase your ally limit. Rapid Response is decent for saving an ally who's about to go into the discard right before you cycle your deck so you can make sure you replay it faster, but the deck can run through very quickly anyway. It's also another target for The Power of Leadership.