"There's one more thing we need for the plan. That guy's eye tech!" - Rocket Raccoon 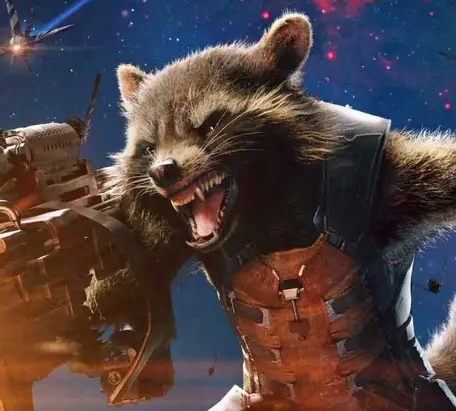 Repurpose is an amazing card for Rocket. He comes with 6 excellent tech-traited cards ready to be repurposed! And he loves having Energy Barriers to repurpose too.

Rocket's kit already has a good mixture of damage and thwarting and Repurpose just adds to his amazing versatility - it can boost either THW or ATK whenever you need it.

I have tested this deck at both 1 and 2 player on expert with excellent results. While technically a Protection deck, it is an all-rounder focused on output rather than defense. It doesn't focus on protecting anyone except Rocket!

If you like this deck, I'd really appreciate a ❤! Thank you so much!

Rocket Launcher, Particle Cannon, Rocket's Pistol, and Battery Pack are particularly great for Repurpose because, unlike most upgrades with charges, his upgrades do not discard once their charges are used. You can get maximum value first before you Repurpose them!

You can even repurpose Cybernetic Skeleton in a pinch - although I would not advise it unless it will immediately give you the last damage necessary to win the game!

Using Rocket's Tinkering ability in alter-ego is great, but now you can get value out of used-up upgrades without going to alter-ego. It smooths out his gameplay immensely and lets him quickly deal with almost anything. (Note, the alter-ego ability is still good and can be used as needed.)

What Doesn't Kill Me both helps him survive with his flimsy DEF and starting hp, while also letting you benefit again from Repurpose's stat boosts. C.I.T.T serves a similar purpose, and also provides an excellent target in any turn where you draw too many resources.

Salvage remains an amazing card here like in any Rocket deck. Draw it and a The Power of Protection? Pay for something with Salvage, put an Energy Barrier from your discard pile on top of your deck, then draw a card with Rocket's alter-ego Tinkering ability or hero ability Murdered You! to draw it. Then play the Energy Barrier you draw with The Power of Protection you held onto.

As per the deck's name, Reload can help you with Repurpose. You can burn through an upgrade's charges quickly to gain extra value before repurposing them.

Defense/survival is handled by your allies. Play your allies and block with them, aiming to always have at least one available to defend you. While they can and should help you attack and thwart, particularly by getting enemies in range to defeat with excess damage (to draw a card with Rocket's hero ability), their true purpose here is just to keep you alive!

Iron Fist covers you for three turns, and Groot often can too against 2 ATK villains. Don't be afraid to sacrifice Starhawk either if it keeps you alive - sometimes Rocket has to be ruthless!

The priority when you mulligan is to have at least one ally in hand along with Ingenuity. Cybernetic Skeleton, Thruster Boots and Helicarrier are also high priority!

Good luck and have fun!