While there is no threat on the main scheme, reduce all consequential damage Venom takes by 1. 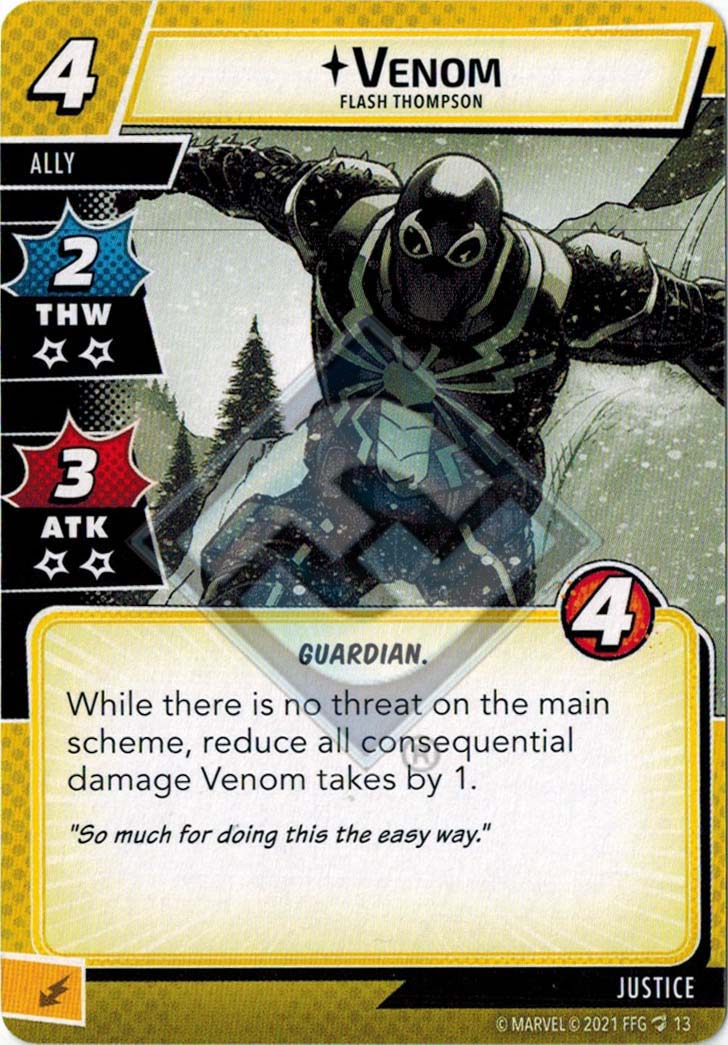 If you don't meet the conditional, you get either an attack for 3 or a thwart for 2, and then a block. A bit overpriced for that, considering you can get about as much value out of 2-cost and 3-cost allies.

The question then becomes, how often will you be able to meet the condition. Justice is the aspect that's best at thwarting, so it's plausible. On the other hand, if you're controlling threat so well that the main scheme is at zero, couldn't you just take your time, recover health in alter-ego, flip back to hero, and whittle down the villain with other attacks?

I think the best use case is if you're bringing a very thwart-heavy deck to a multiplayer table and don't know what everyone else is bringing; that way, if you happen to have way too much thwart at the table, you have at least some way of converting resources into damage. Or if you're playing a deck that wants a high-attack ally to use with cards like Teamwork, Mass Attack, or As One!.