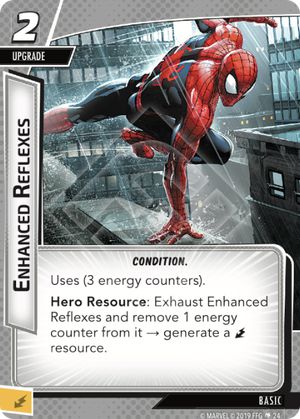 I think that in several hero decks this card would likely replace the Helicarrier. It serves a similar purpose for one resource less, but is obviously inferior. You will find that you use Helicarrier every round, whereas this one you will use sparingly only in those turns where you need it. A single resource cost to get out into play can make a big difference though when you want to play something else that turn. Especially at the 2 cost because it usually means that you can play another card that turn for 2 resources and you don't lose a tempo hit. Unless you use this card right away to bounce back that turn which isn't a bad idea.

It isn't a permanent addition to the field however as Helicarrier is. But you probably don't have room for numerous resource production cards. So, if you see a Helicarrier early game then it will certainly be a better option. But on the flip-side to that, this card will be just as good as a mid-game card and easier of a tempo hit to swallow trying to play it during those parts of the game.

Where this particular one shines is in specific hero decks. For instance, in a Captain Marvel deck, her signature ability can be used with this resource. So, you know that you always have this around when you need it. Basically giving you a free draw and heal for a charge on this. But she also can take advantage of the resources with Photonic Blast and Energy Channel. Therefore, in Captain Marvel I would likely take 2 or 3 of these instead of Helicarrier now. In other heroes in the current pool I am not sure. But feel free to provide additional heroes or comments below as time passes.