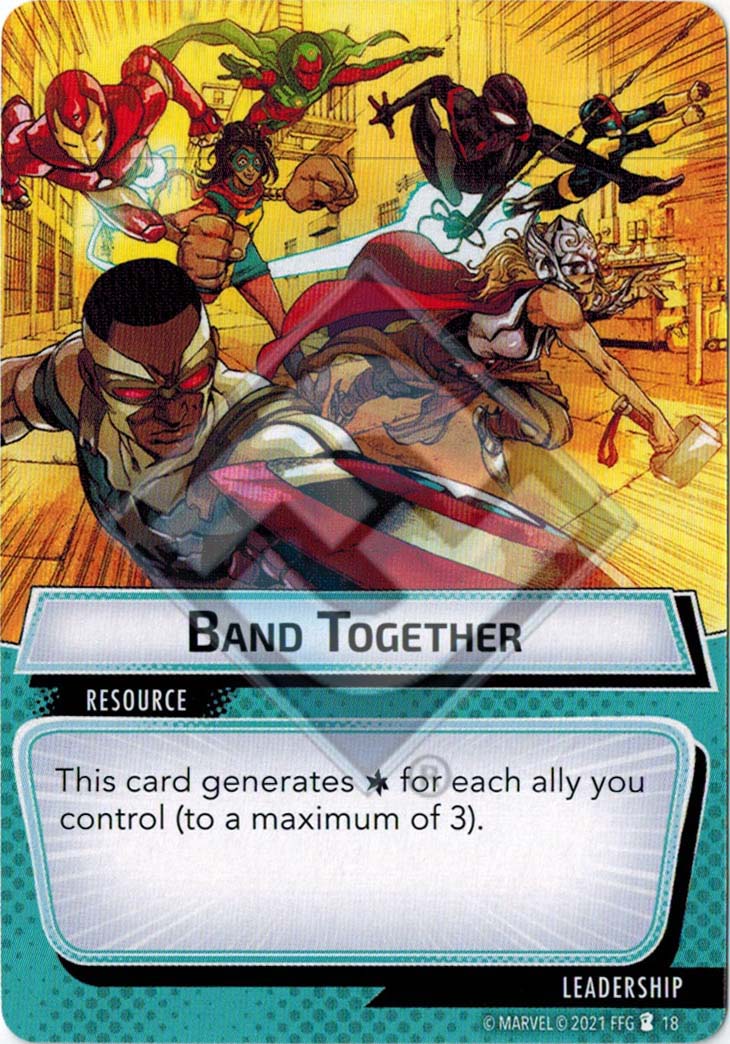 In my opinion worst card for a leadership deck that came out so far: if you have it in the opening hand it doesn't generate a resource as there might be no allies on the board. If I want to use it, I would need "big allies" which are more costly, but as they are more costly, the don't get played a lot in the decks; I still prefer the power of leadership, as it is more consistent for every leadership decks I've played

il_matthew · 33
I have to disagree. I think this plays more like a Strength or Genius than a “Power of” card. Sure it might be dead in your opening hand (though with mulligan, your first turn is almost always fully efficient), but leadership decks should have no problem getting allies out. A lot of cards cost 2 or more, so we don’t even need “big allies” to make this a good card — Stretch22 · 182 10/6/21
I generally agree with you that power of leadership is better. Like most cards however there are edge cases where this does better. This cards resources can be used for anything instead of only for leadership cards. Also if you have 3+ allies out like when you are playing a "Voltron" deck where you are powering up your allies instead of killing them. — calderc23 · 80 10/9/21
So keep a Quinjet or two in your deck, hold it if you somehow get it in your opening hand, and keep one or two utility allies like Maria Hill with low costs on 'em so you can be sure to get at least one out in the first 3 or 4 turns. And play heavily on your Alter Ego side. At any rate, this particular "no ally" scenario is a pretty hard edge case, it's really tough to not have an ally in your first few turns even if you're playing an ally-thin deck; which, if you're playing Leadership, tf are you even doing? — KLSanchez · 1 10/17/21
Band Together is a great card in the right deck. If you build around a wide board of low cost allies (Blade, Stinger, Ant-man, Wonder Man, Kaluu, etc) and you focus on keeping at least 3 on the board at all times, then Band Together becomes far superior to any non hero specific resource in the game. I have a Captain Marvel deck that plays 3 copies of Band Together and builds up to a huge turn in which I see 15+ cards of a deck that has already been thinned down to 25 to 30 cards. I typically draw two Band Together in those turns. One pays for Avengers Assemble, the other usually pays for a Photonic Blast. It's much better than the basic 2 resource cost cards in that situation and it blows Power of Leadership out of the water. Power of Leadership might be more reliable in the early game (turn 1, maybe turn 2) but after that, if your deck is built and played correctly, then Band Together will generate more resources and is much more flexible because it generates 3 resources for any card, not just blue cards. I've had very few problems with drawing it turn 1 as I mulligan hard and almost always end up with at least one ally on the board. It's not as good in decks that have fewer allies on the board or are slower to get the allies out. — Ionichk · 3 10/24/21
Here’s the deck: https://marvelcdb.com/decklist/view/13542/captain-marvel-s-electric-boogaloo-undefeated-on-expert-2.0 — Ionichk · 3 10/24/21
It is great for a leadership deck with cheap allies and expensive events. Fill your board and then use this to fuel hard-hitting hero cards and big swings like Avengers Assemble or . . . Mass Attack? The one where 3 allies attack in the Spectrum precon. — OrionJA · 5 11/20/21