Play only if your identity has the Mystic trait.

Action: Draw 2 cards. Choose and discard 1 card from your hand.

"Every spell, every sigil, every manipulation... you must keep a close eye on everything so it doesn't backfire."
Morry Hollowell, Steve McNiven, & Dexter Vines
Scarlet Witch #19. 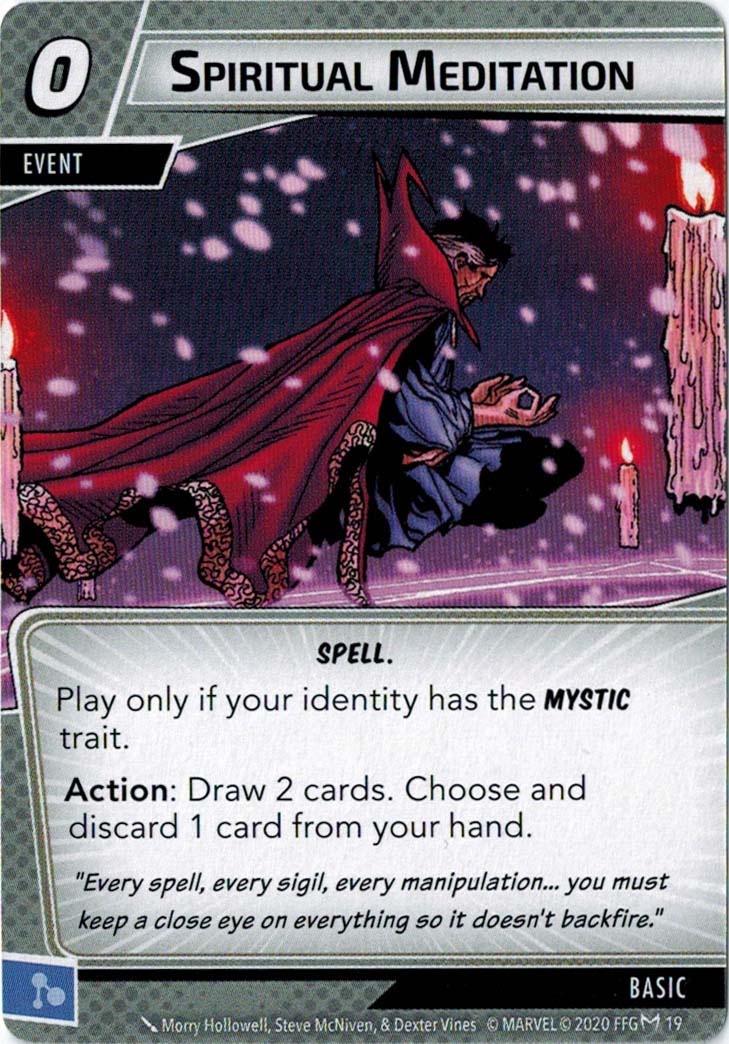 Spiritual Meditation is fantastic. After playing it, you'll still have the same number of cards in your hand, but you've discarded a card that isn't currently relevant, and hopefully you've found something that helps you out right now: an ally or event to deal with a current problem on the board, an upgrade or support to build up for later, or just a multi resource to pay for whatever it is you're doing.

The only drawback is that you're rushing faster to an extra encounter card when you cycle your deck. Assuming that you've got a 40 card deck and have 10 cards sitting in play, that's fifteen plays of Spiritual Meditation per extra encounter card. In that time, you've probably gotten 3-5 extra multi resources you wouldn't have otherwise, you've set up your supports and upgrades turns faster (worth more extra cards and resources), and you've had better events on hand to more efficiently deal with the problems presented by the board state. All of that more than pays for one extra encounter card.

If someone were to play Marvel Champions "professionally," they'd probably put the maximum number of Spiritual Meditation in every deck that can play it.