Reduce the cost to play Hercules by 1 for each minion engaged with you.

Whatever Thor can do, Hercules can accomplish more mightily!
Thor #11. 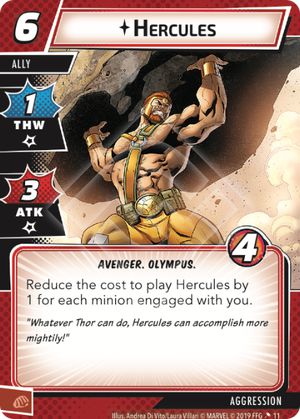 As far as future proofing goes; any card that boosts the HP of an Ally will improve the efficiency of Hercules, with the goal of playing him only once and keeping him on the field for the rest of the game.