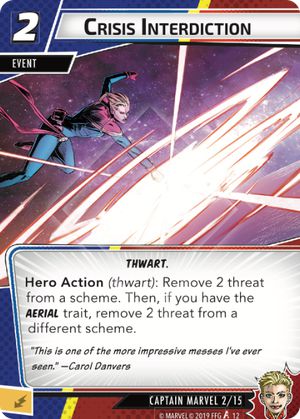 Multitasking makes this card look so much worse to me now. 1 cost for multitasking but you have to use a mental resource to activate the second part, which isn't really an issue for a justice deck OR 2 cost and you have to have played a 2 cost upgrade prior to playing this card for the same effect. It's effectively 6ER on a hero card for the same effect as 2ER on an aspect card.

trowa060 · 9
Multitasking can't be used to heal one damage and draw a card with Rechannel, or do two damage through Energy Channel. Captain Marvel is powerful enough with her current cards, I think. — adsarf · 158 8/3/21