Reduce the cost to play Angel by 1 if your identity has the MUTANT or X-MEN trait. 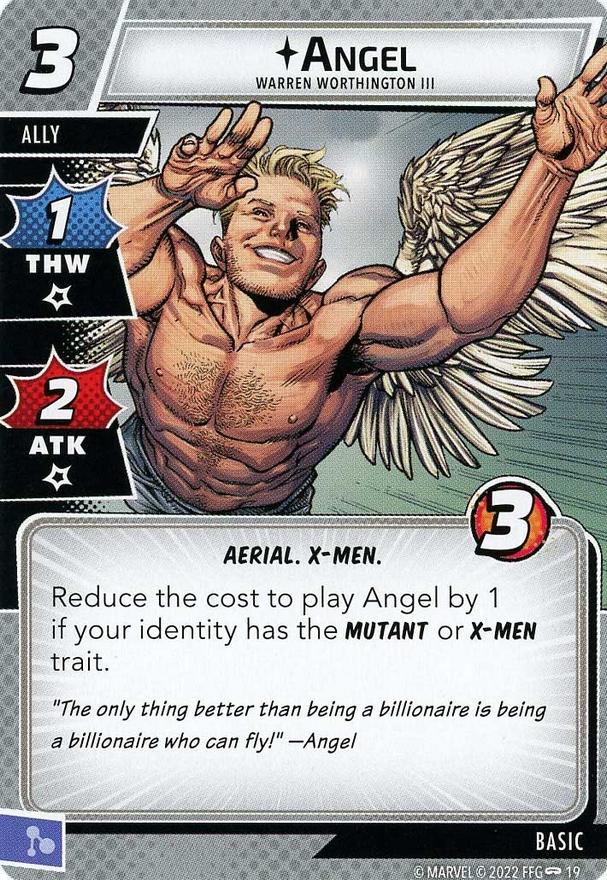 Angel is obviously a good value - 2 cost for a 2-attack ally with 3 hp is clearly above curve. But I just find myself not including him in decks. You obviously don't want to pay the full 3 for him (maybe there's an Aerial deck that is okay with his full cost, but that seems sketchy), so he doesn't go in non- X-Men decks. In X-Men decks, there are just a lot of really good options in every aspect, and he doesn't specifically synergize with anything - he's just good value.

So, like, a C+ or B- card that goes in if you've used all the A and B+ cards already and need another ally.