"Give me something to shoot."
Rodrigo Catraca
Venom #26. 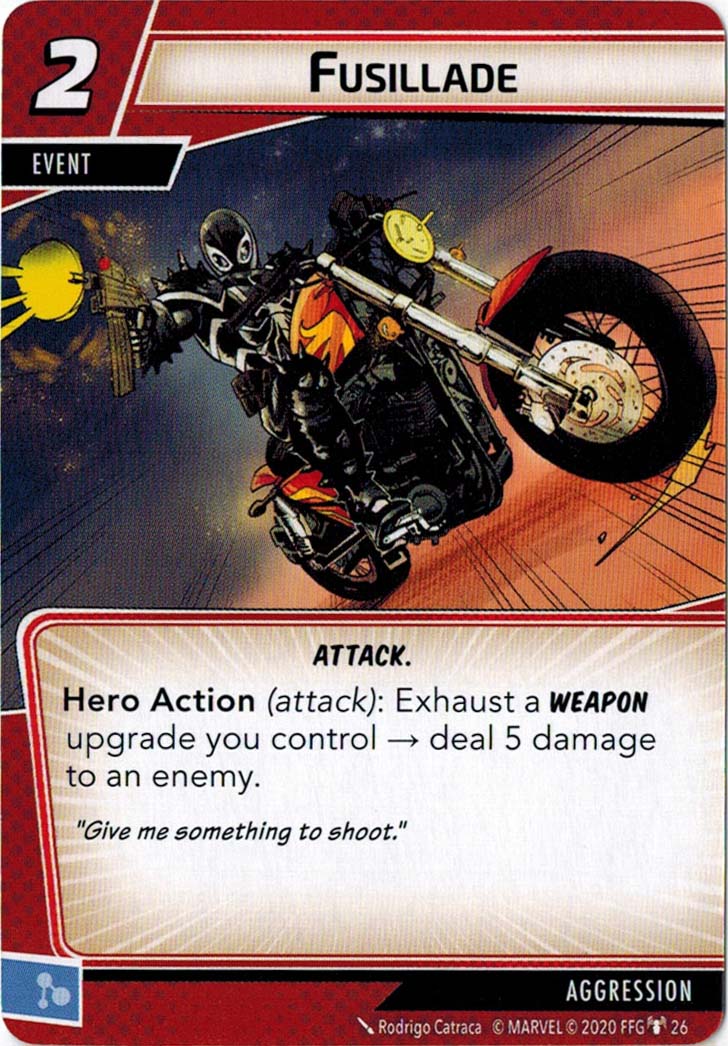 I'm surprised to see this Event used in lists so often, especially on Venom who it's quite poor on as his weapons already have value in tapping themselves that you would be wasting to play this. I suppose since it comes in his pack people just go with it but if availability isn't an issue there are much better options.

An effective value of 3 resources (this card plus two resources) for 5 damage is at best an average card and that's without the downside of tapping a weapon. Now admittedly tapping a weapon isn't always a meaningful cost, the upcoming Valkyrie for example loses nothing from tapping her weapons, but even so there are better cards for this.

Mean Swing is an obvious comparison and an exceptionally better card from a value perspective at effectively 1 resource for 3 damage. It requires your hero to attack but, in an aggression deck, that's probably what you plan to do anyway (what with Combat Training, Hand Cannon, and Bug all being premier Aggression cards). Other cards that have better value than Fusillade would be Skilled Strike (a simple and clean 1 resource for 2 damage, again with a basic attack), Surprise Attack (a fairly easy to perform 2 resources for 4 damage), and Toe to Toe (2 for 5 with a drawback but also great synergy with Spider-Man, Drax, and Venom).