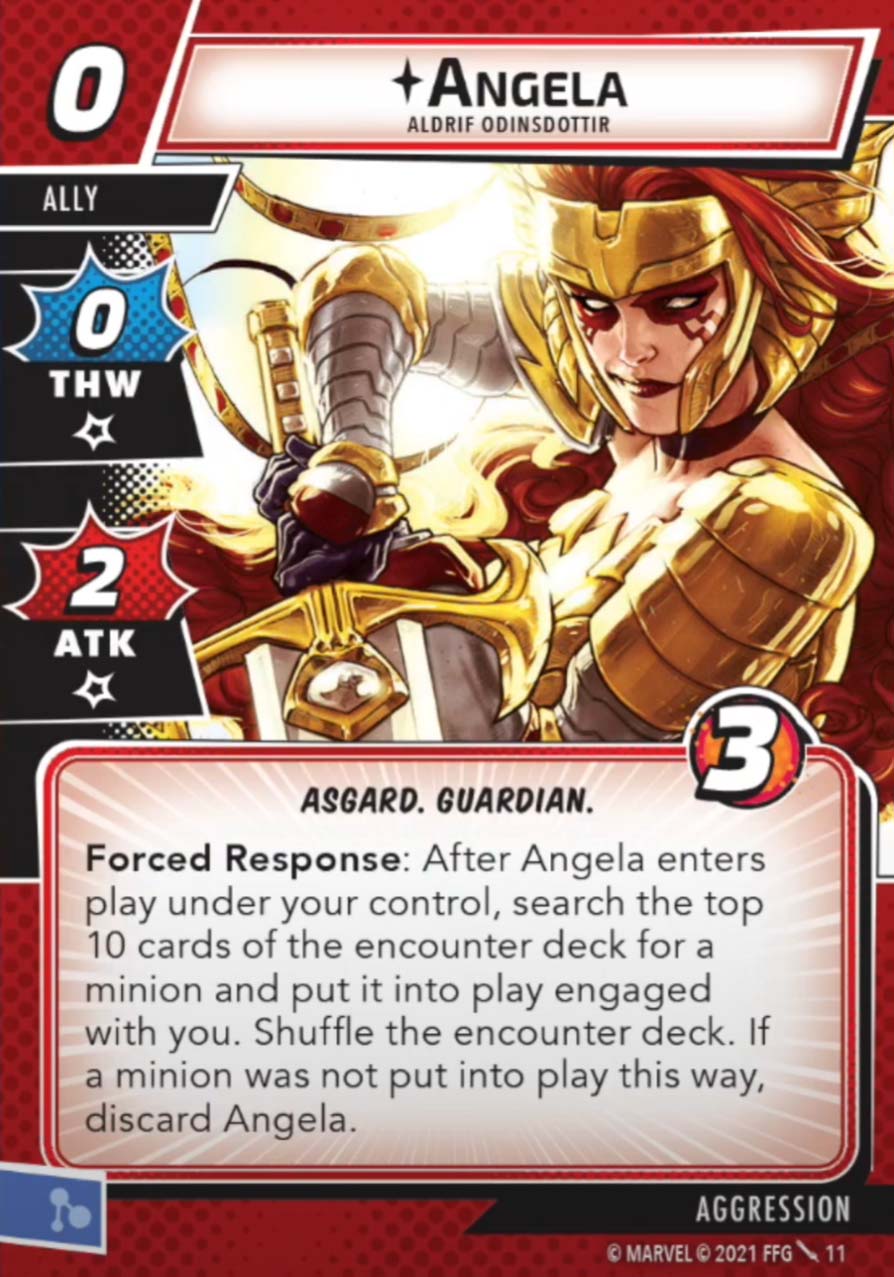 This is an auto-include for Thor. Another 0 cost card to proc "Have At Thee!" along the lines of Defender of the Nine Realms with the upside of a 3 health, 2 attack ally. She is also tutorable with For Asgard!. Angela could also be useful for other decks running cards like Into the Fray who want to have a legal minion target most turns.