Hero Action (thwart): Remove 6 threat from the main scheme. If you paid for this card using a resource, this thwart ignores the crisis icon ([crisis]). 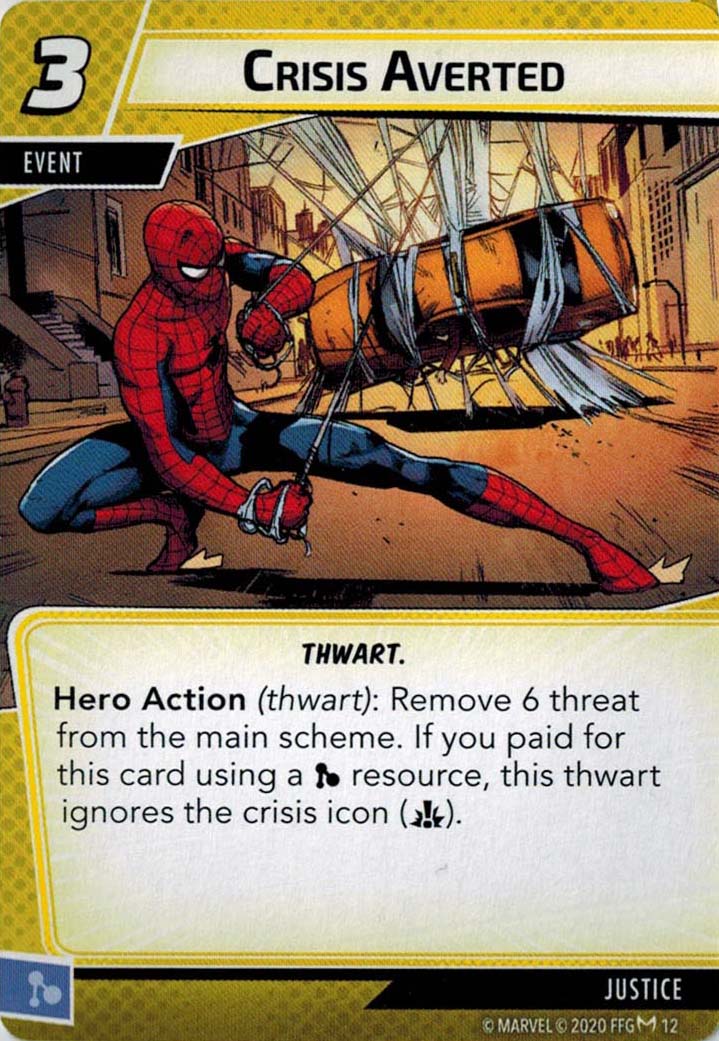 Reasonably efficient at 6 threat for 3+card. It's pretty much the biggest chunk of threat removal in a single card, outside of specialized cards like Problem Solvers. It only removes threat from the main scheme, though, so it won't help you with side schemes. Solo players may find this awkward to use, as the threat limit on main schemes is low enough that you often can't afford to let it build up high enough to merit a Crisis Averted. Some scenarios start with Crisis side schemes; having this allows you to ignore those for a while, and focus on acquiring upgrades/supports or dealing with other problems.

Handy if your deck would like to pack a large amount of thwarting into a small number of cards, though why you're playing Justice if you don't want to play a lot of thwarting cards, I'm not sure.