Hero Action: Exhaust Plan B and discard 1 random card from your hand → deal 2 damage to an enemy. 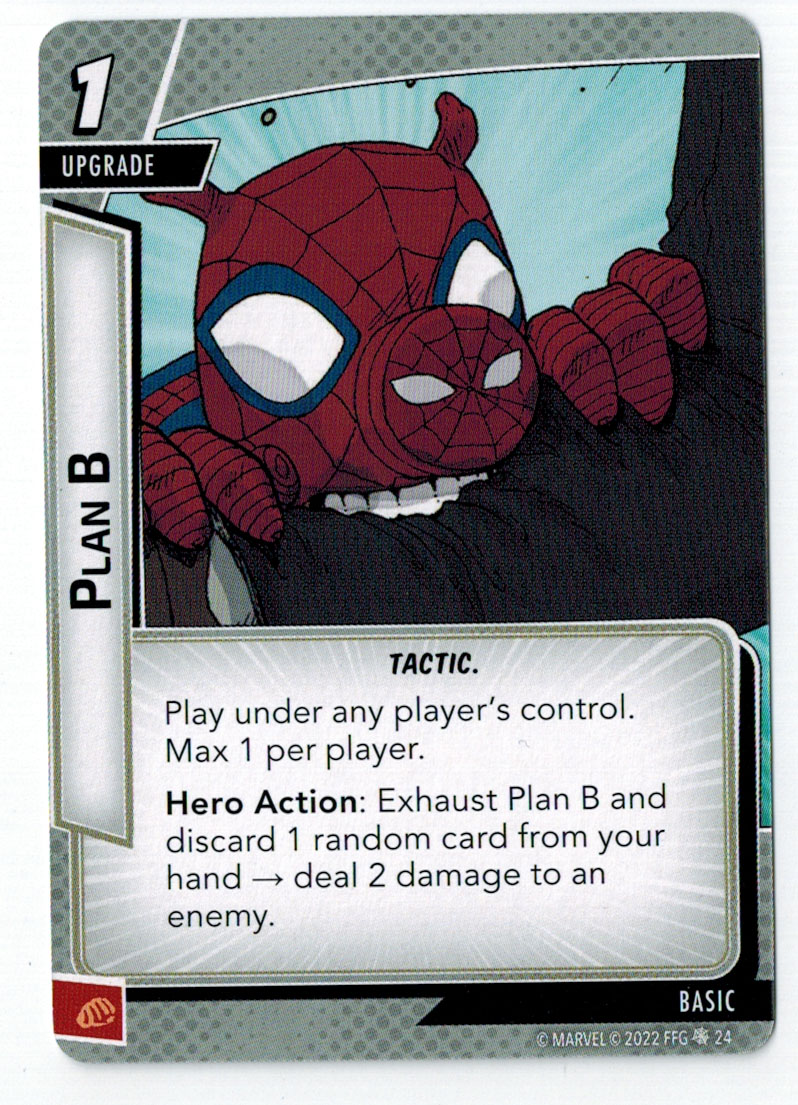 Plan B allows you to convert spare cards to damage, without being an attack. This can be either a blessing (if you're stunned, or Intangible) or a curse (if you were wanting to clear that stun).

Note that this is a fairly inefficient way to convert cards to damage. Two damage for one card is fine, but since you have to pay 1+card up front before you're allowed to start making that trade, it really only breaks even after about five uses (1+6 cards for 10 damage).

Might be best in Protection or Justice, as Aggression and Leadership tend to have better access to efficient ways to put out damage. And as hinted above, could be good for Vision if you're planning on spending a lot of time in tank mode.

Fry · 142
This is essentially a colorless Jarnbjorn, with less restrictions. The only downside is you can't use generated resources to pay for it, it must be a card, but otherwise, this is pretty simply better. Not the worst thing if you're looking for a cheap upgrade to put in a deck. — Erathis · 14 5/17/22
The fact that Jarnbjorn pays off much sooner, by virtue of being usable more than once per turn, makes me value it a good deal higher than Plan B. It's also generally better to be able to pay resources rather than cards, though requiring a physical resource specifically evens that part out a bit. — Fry · 142 5/19/22
This should be valuable for Hulk, who can often get stuck with an unplayable card in his hand that's just going to be discarded anyway. — MightySchoop · 7 7/14/22